For reasons clear to some, 2020 has been declared an internal year of the bean. As nutritious food, or as soil improving plants, the humble bean is a focus for our activities this year. As other focii fall away, with Covid restrictions delaying so many events, we have fallen prey to the temptation of overthinking the beans. 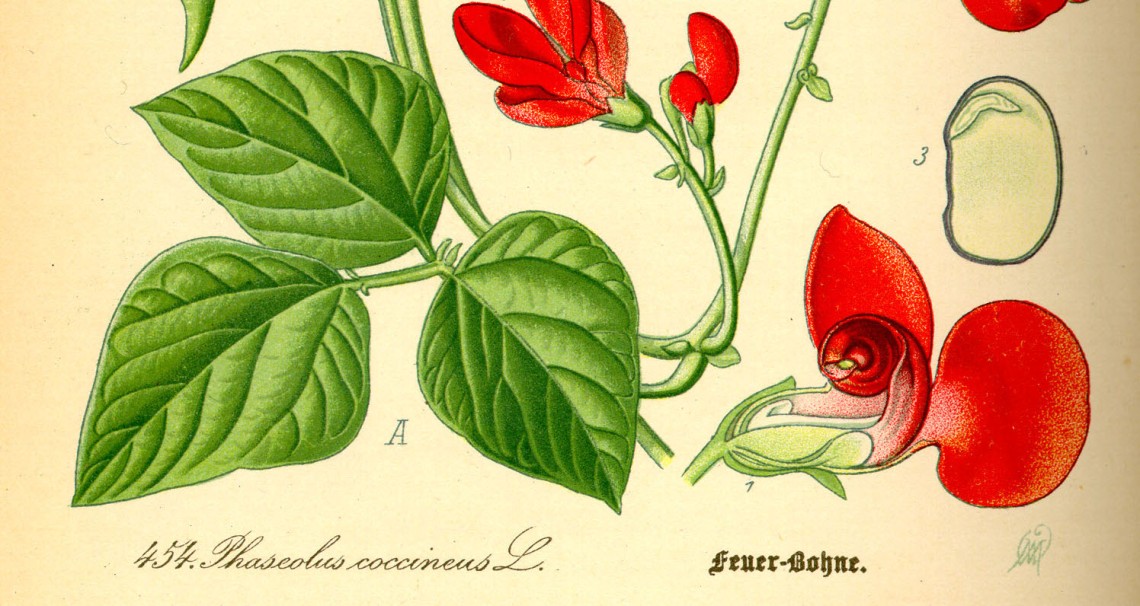 Beans, other than bush beans, do not stand up by themselves. They like a trellis to grow up. Unlike tomatoes or many other plants, they will happily do the work themselves, curly tendrils latching onto whatever structures are available to grow upon. Thus emerged for instance the Three Sisters combination of beans, corn and pumpkins, with the beans happily growing up the corn stalks. We are unsure what Jack’s beanstalk grew on as it reached up into the sky.

While the harbourside laboratories of Time’s Up are a grand working place, the summer has the downside of heat. A lot of heat. The sun shines from late morning until sunset upon the south west facing walls, the matt red paint soaking up the solar energy until the heat on the surface can reach 50 degrees celcius. Yes, we have measured it. So the idea emerges that if the beans want to grow up something, than the resulting surface of green bean leaves could well offer some shade, making the sweaty offices behind the windows a little less uncomfortably hot.

Said, done. With aluminium pipe hung from the ventilation holes into the attic roof space, we suspended 8 meter lengths of rope, variously collected from old shows, a Slovenian fishing cooperative and the cheap bin at Hofer, from the pipes to connect to tensioned wires across the suspended garden beds. Not wanting the bean stalks to restrict themselves to one rope, we wanted to add some overlaps and, before too much more was thought out, we had arranged a symmetric weaving of ropes to aid the growth of the beans up the facade. 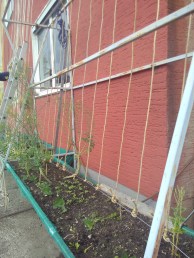 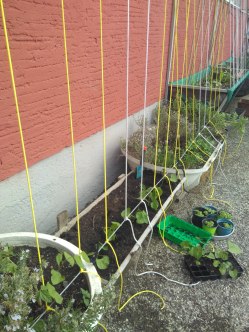 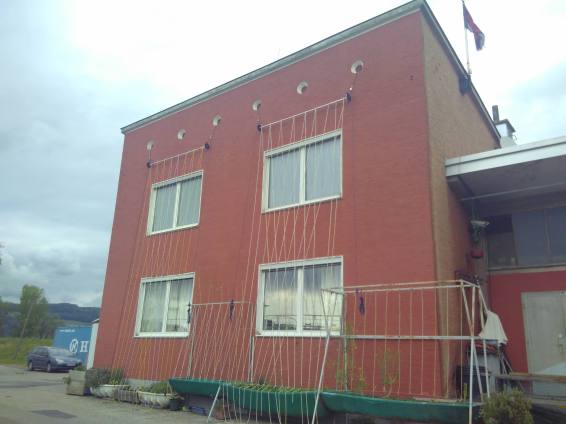 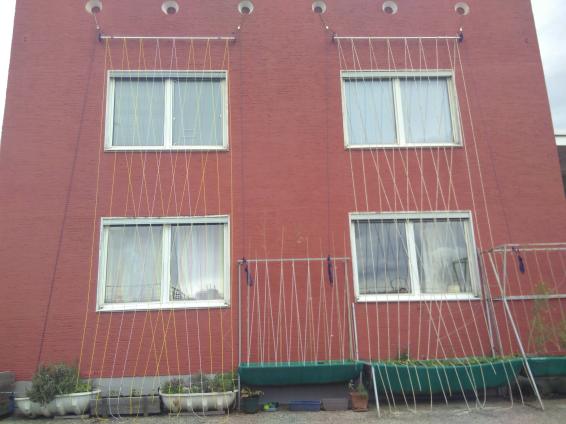 The only question remains, where do we find beans that will grow that high? Jack?